I can not recall the first time I heard D’Angelo, but his music was the soundtrack of my college years. He is one of the few artists that my college sweetheart and I could agree on. He was a traditional jazz head and had enough patience to deal with my limited exposure to soul music. I had opened my music collection from R&B and Miami Bass to a genre that fit more with my personality. Neo-soul became a genre that is one of my top choices of music ever since. 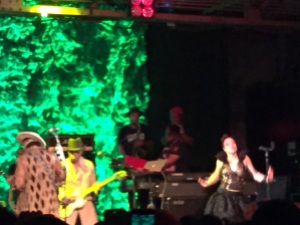 Prior to the D’Angelo we know today, he made his first hit with the song “U Will Know” which was on the Jason’s Lyric soundtrack. D’Angelo has always stood firm not only on his talent, but also songs of substance. I racked my brain whether I had seen him perform before. I really can not recall. I have seen Angie Stewart twice and the last time I saw her was during the announcement of the Trayvon Martin verdict (literally in the middle of her set). I thought about that tonight only to eerily find out about news of violence in South Carolina after the concert. Artists like Angie and D’Angelo provides us with sounds to soothe us through these painful times. 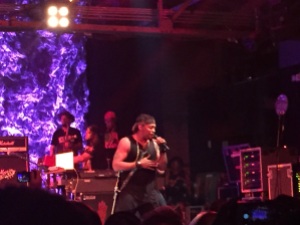 As soon as I arrived to Warehouse Live, I went into a peaceful zone. I was able to complete a 2 hour power nap, have a quick dinner, orthotics and comfortable pumas. I was ready for my journey. I arrived about 9:30pm and it took about 20 minutes for the set to start. Perfect timing because I would have been salty if I got there at 8pm (wisdom). 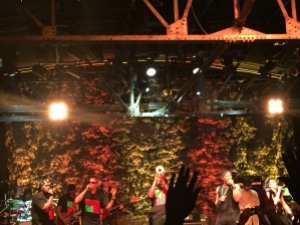 The night was absolutely magical. I was happy I was able to see, despite it feeling like every tall man in Houston came to the show. It was quite warm but I didn’t mind working up a sweat for an artist that came to make you move. I also loved the diversity of the audience. We all have one thing in common, love of great music. 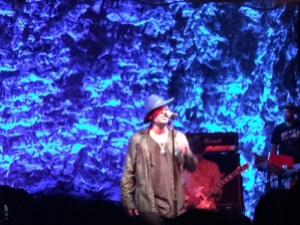 Every single band member brought their piece of the pie. They all had talent and I loved the way the show ended, slowly dropping off to leave D’Angelo on the stage to serenade us while giving each artist an opportunity to be showcased. I did not want this show to end though I knew it would be only a matter of time before my knees would beg to differ.

Thank you D’Angelo for passing through Houston. We love you. We are here with you through it all. Thank you for bringing all of you and we hope to see you again!